Full Name
Sean Cunningham
Job Title
CEO & President
Company
Video Advertising Bureau
Bio
Sean Cunningham is the president and CEO of the Video Advertising Bureau (VAB), one of the advertising industry’s leading trade associations. Since his appointment in June of 2003, he first completely transformed the CAB (Cabletelevision Advertising Bureau) from an informational bureau to a direct-to-client television advocacy group with the strategy of presenting the medium’s many investment options dramatically to advertisers and their agencies. In May of 2015, Sean evolved the CAB to become the VAB, a move that has been extremely well received by the advertising industry. VAB members currently comprise 99 percent of ad supported U.S. TV networks, 85 percent of U.S. TV distribution, 75 percent of U.S. TV ad revenue, and 98 percent of U.S. cinema ad revenue.

Prior to his role at the VAB, his 18-year career was marked by several senior management positions with some of the most respected companies in the advertising industry. Cunningham was executive vice president & managing director at Universal McCann in New York. During his tenure, he was responsible for the management of four of the agency’s strategic operating units. He played an integral role in helping to lead the firm during a tremendous period of new business growth. His stint culminated with Universal McCann being named “Agency of the Year” for its 2002 performance by both leading industry trades publications Advertising Age and Adweek.

Known for his ability to deeply immerse himself in his client’s business, Cunningham has considerable experience in many of the largest consumer verticals including automotive, technology, consumer electronics, consumer product goods, retail, beer, distilled spirits, hard goods and business-to-business marketing sectors.

Cunningham spent early portions of his career at two legendary agency operations - Benton & Bowles in its media department during the mid-1980s and then with Ammirati & Puris during the peak of its success. It was during his tenure at Ammirati & Puris that he co-launched a new agency in Toronto, an emerging marketplace that included a full-service media operation built from scratch.

Cunningham earned his Bachelor of Arts in English Communications from Boston College. An avid skier, fisherman, hockey player and automotive enthusiast, Sean also took up karate and tennis in the last few years. Sean and his wife Jessica have three children and make their home in Westchester County, New York. 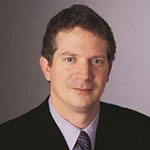