Full Name
Darren Finnie
Job Title
Senior Director, Marketing, Sinclair Media Networks
Company
Sinclair Broadcast
Bio
Robert D. Weisbord is the Chief Revenue Officer for Sinclair Broadcast Group. Mr. Weisbord is responsible for sales activity across the company, overseeing local broadcast operations, national sales, audience network sales and digital sales and operations. He also focuses on advanced revenue solutions and analytics, as well as exploring strategic partnerships and potential related acquisitions.
Prior to being appointed as CRO in 2017, Mr. Weisbord served as Chief Operating Officer of Sinclair Digital Group from January 2014. He served as Vice President / New Media from June 2010 to January 2014. From 2008 to June 2010, he served as Director of Digital Interactive Marketing for Sinclair. From 1997, he served in various management positions for the Company including Regional Group Manager, General Manager for the Company’s Las Vegas duopoly of KVMY-TV and KVCW-TV and Director of Sales. Prior to that and from 1993, he was National Sales Manager for WTVT-TV in Tampa, Florida.
Mr. Weisbord began his broadcasting career in the radio industry with Family Group Broadcasting in 1985. Mr. Weisbord holds a Bachelor of Science degree in Business Management, and a Master’s degree in Business Administration from the University of Tampa.
Mr. Weisbord sits on the board of ZypMedia and is a board advisor for Sorenson Media. 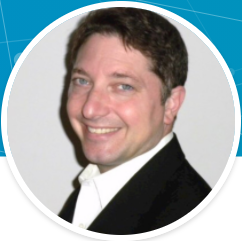