Jim is currently the founder & President of Premion, a division of TEGNA focused on the high growth “Over The Top” streaming video business. Commercially launched in September 2016, Premion serves as both a supply side and data management platform and has quickly scaled nationally with hundreds of major advertisers and thousands of campaigns.

Jim joined TEGNA from TouchTunes, a digital music company, where he was COO and delivered new growth ahead of its sale. Prior to TouchTunes, Jim was CEO of Atari, where he led the successful transformation of the company from a retail to a digital and online publisher and restructured its French parent company leading its sale in 2013.

He is a graduate of Loyola University and Harvard Business School. 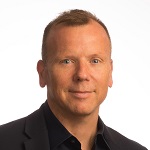